The European Football Championship has just ended and the Olympic Games have already started. And the Bundestag election campaign is slowly getting underway as well. There is certainly no shortage of media topics this summer. Not to mention the long-running Corona case, which continues to be the lead story in the news media during the warm months of this year.

But that has not always been the case. In the summers of past years, we regularly found ourselves in a phase of news scarcity: the time that is popularly referred to in the media as the summer slump. These were usually the months during the summer holidays. A time when political institutions take a break, when schools are closed and when many people are on holiday.

But journalists still had to fill their papers and TV formats. Thus, topics made it onto the media agenda for which there was hardly any space during the rest of the year. For example, animals increasingly became the subject of news media coverage. Especially mythical creatures, such as the Loch Ness monster, which appeared again and again during the summer. For smaller or less prominent companies, these months were a welcomed time to place their own topics in the media.

But those days are over: the summer slump with its opportunities for press work seems to have disappeared. At most, it withered into a small dent. Whether it will ever return is uncertain. There no longer seems to be a media break in which media consumers can sit back and let themselves be entertained by shallow topics.

This year, this is partly due to the special circumstances surrounding Corona, the upcoming federal elections and major sporting events. But the absence is also due to the fact that everyone can now produce their own content at any time of the year with the help of social media.

Many PR topic suggestions are irrelevant

This also changes the research behavior of journalists. In the past, they used to get their content primarily from public functions and political events but today they increasingly track down topics on social media. Of course, press releases also remain an important source for potential stories: In our personal network of journalists, we found that the number of well-intentioned suggestions for topics from the PR side continues to increase.

However, most of them leave a lot to be desired in terms of quality. Representative studies also confirm this: according to a survey by the media intelligence provider Cision, the majority of editors rely on topic suggestions from PR, but more than three quarters of those surveyed do not even find one in four topic suggestions relevant.

Tip: Take off your corporate glasses

But what do these developments mean for corporate communications? The battle for attention is getting tougher and tougher and the amount of available, retrievable information is increasing. How can you still succeed in breaking through the content jungle with your own topics and messages? Even if it sounds trite: the key word is relevance. But what is often lacking is a strategic approach to relevance. Communicators should first take a critical look at a potential topic from an internal angle before approaching stakeholders with it. It is important to keep a healthy distance from one's own topics, and sometimes it is helpful to have an outside perspective. What new developments do companies have to announce? Or are there new figures, surprising developments and useful information?

Guidance is still provided - in the traditional way - by the so-called news value theory. This attributes journalistic selection decisions to specific qualities of events, the so-called news factors. These include, for example, "proximity", "prominence", "surprise", "personalisation" or "negativity". The more of such factors apply to an event, the higher the chance that it will become news.

So much for the theory. In practice, this does not mean that journalists go through a list of news factors for possible topics and then decide for or against them. Journalists can intuitively decide which topics are interesting for their audience. For the company's inner topic compass, however, the news factors certainly serve as a point of reference.

All in all, when it comes to selecting topics, less is often more. A targeted, individual approach by journalists beats the watering can principle. If corporate communicators cannot offer added value to the target group of their target media, they should rather keep the topic to themselves. This saves them unnecessary effort and editors are spared irrelevant topic suggestions. In addition, thrifty press release senders maintain their reputation as interesting and relevant informants. In the end, it is also a matter of maintaining good long-term relationships with media representatives.

Agenda surfing as a strategic lever

Due to the high information density already mentioned, it is no longer enough to just have a topic that is good on its own. Today, it must also always be compatible with the current public agenda or seasonal developments. Take, for example, the topic of protection against illegal drone flights. Airspace safety is important at any time of year because violations can have devastating consequences. However, it is particularly media-savvy during the drone flying season in the warmer months, as there are more drones around and correspondingly more incidents. Therefore, communicators should increasingly look outwards. This is where it is promising to dock on to existing attention-grabbing topics. 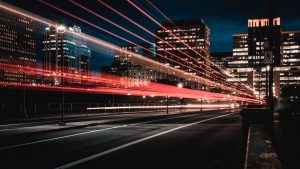 Ideally, topics should be linked to current developments in order to increase the chance of being included.

This brings us back to major sporting events, election campaigns and Corona, for example. But smaller industry topics are also suitable. It is then important to enrich these topics with data, new developments and expert opinions from your own company. This creates new and relevant spins for exciting stories. Companies therefore offer the press access to data and information that they would otherwise not have. They will thank the companies with press coverage when these are linked to a relevant story.

The Otto Group, for example, has successfully provided an example of this kind of connectable PR. During a European Football Championship, the Hamburg-based retailer analyzed and evaluated its shopping data in a targeted manner and provided the media with relevant content on purchasing behavior. Otto was rewarded with wide coverage. The result was headlines such as "Match analysis at Otto: Half-time break spurs online shopping, goals inhibit desire to buy".

To achieve similar success, corporate communicators need four things. Firstly: Targeted media monitoring that captures industry topics and overarching themes. Secondly: An internal network for an overview of the company's own data and expert opinions and quick access to them. Thirdly, an existing network of journalists, and fourthly, a portion of creativity.

This allows the company's own topics to be made relevant and transported to the appropriate media representatives in a targeted manner. In this way, with a little luck and the right timing, smaller companies in particular can assert themselves with their topics in the media sphere. And not just during the summer slump.

Felix Hübner
Felix Hübner works in corporate communications at ORCA van Loon Communications. In this context, he advises companies on the development and implementation of their communication strategy in the analogue and digital space. His focus is on media relations and agenda setting as well as targeted media analysis. In particular, he supports clients from the food, automotive and fashion industries. Felix Hübner studied Communication and Media Science at the universities of Leipzig and Halle-Wittenberg.