“We are committed to continually reducing our environmental footprint in various areas.” A sentence that is often communicated in a similar form by companies when it comes to their own sustainability. There's nothing wrong with that at first. At least, if it’s true. Nevertheless, this statement is incomplete. The addressees will automatically ask themselves: Yes, but how?

Companies need to communicate specific actions and their effects to transmit their messages in a truly credible way. They can and should do this effectively by using data. After all, data is first and foremost bare, factual, and therefore more serious than any commitment. Another advantage is that they are usually available in companies anyway and can be processed in a focused manner in climate reporting. fokussiert aufgearbeitet werden.

Communicating corporate responsibility to the public is expected by: customers, business partners, investors and current as well as potential employees. At the same time, this is not only relevant for major corporations, but also for medium-sized companies, which have to fulfill the constantly growing demands of their stakeholders.

If a company wants to communicate its own sustainability developments actively, there are far more options than the classic sustainability report. Let's assume, for example, that the topic should also be presented on the company's own social media channels. Again, it is a good idea to use figures and data because they are trustworthy - but sometimes also quite abstract.

For example: we can easily picture 500 g of flour for our favorite chocolate cake. But the difference from one million to one billion causes us problems. What is missing in our imagination are vivid comparisons. In terms of sustainability communication, that is what data PR needs to do: create tangible, imaginable pictures. 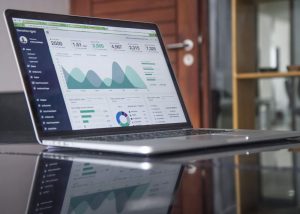 From fair cotton to Frankfurt am Main

The Otto Group, among others, has managed to do this quite well. It implements a wide range of activities; for example, it sources some of the cotton it needs for its own brands from Cotton made in Africa (CmiA).To be precise, this was around 16,000 tons in 2016. Water consumption is a major problem in cotton cultivation and the project has saved more than 33 billion liters.

As we've already suggested: most people recognize that these numbers are big. But that's all. What is missing is a ratio that makes the data tangible. The Otto Group has provided one: 33 billion liters of water cover the average consumption of 750,000 Germans. That is roughly equivalent to the population of Frankfurt am Main. Okay, wow. Fair cotton from a company can save the water consumption of Germany's fifth-largest city. If the data is now presented with a relevant graphic, we can be sure: the message will stick in the minds of many stakeholders.

Exactly this transfer is the essence of data PR. This is not always obvious, but it is creative. And in the end, it creates a picture. On the one hand, a very real picture, in form of a graphic representation. But it’s also a picture in the minds of our target groups. With the help of data PR, messages don't just fizzle out. They remain anchored in the minds of the target groups. Math becomes art.

However, beware of too much euphoria, even if the potential is huge: data makes sustainability communication messages credible. Data PR turns simple numbers into something tangible, messages can be transmitted more effectively. But many are probably familiar with the following saying: Don't trust any statistic that you haven't falsified yourself. This means: companies must examine their data basis very carefully and should not draw false conclusions. Their stakeholders will question the data and companies must be prepared for all their statements to be scrutinized critically. And here we are in the middle of strategic communication and crisis prevention.Also a kind of art.

Michelle März
Michelle März focuses her corporate consulting work on the development and implementation of communication strategies, support in mission-critical situations, and content editing. She primarily serves clients in the industrial, technology and start-up sectors, as well as the public sector. Michelle März specializes in data PR as well as the impact of communication and its training. She holds a master's degree in Organizational Communication and previously completed a bachelor's degree in Sociology.