Life is beautiful. That is one of the first sentences you can read on the website of the Club of Optimists. It motivates, it drives, it makes you optimistic. The CdO has been organizing regular meetings for its members for over 15 years. These meetings serve the exchange of ideas, they are supposed to encourage mutual inspiration and also stand as a platform for spreading optimistic behavior. ORCA van Loon Communications fully supports these maxims and has been supporting the club since 2015 with a pro bono commitment in the area of media relations.

With its timelessly impressive design and noble drinks, the Bar Privé at the Hotel Tortue provided a suitable setting. 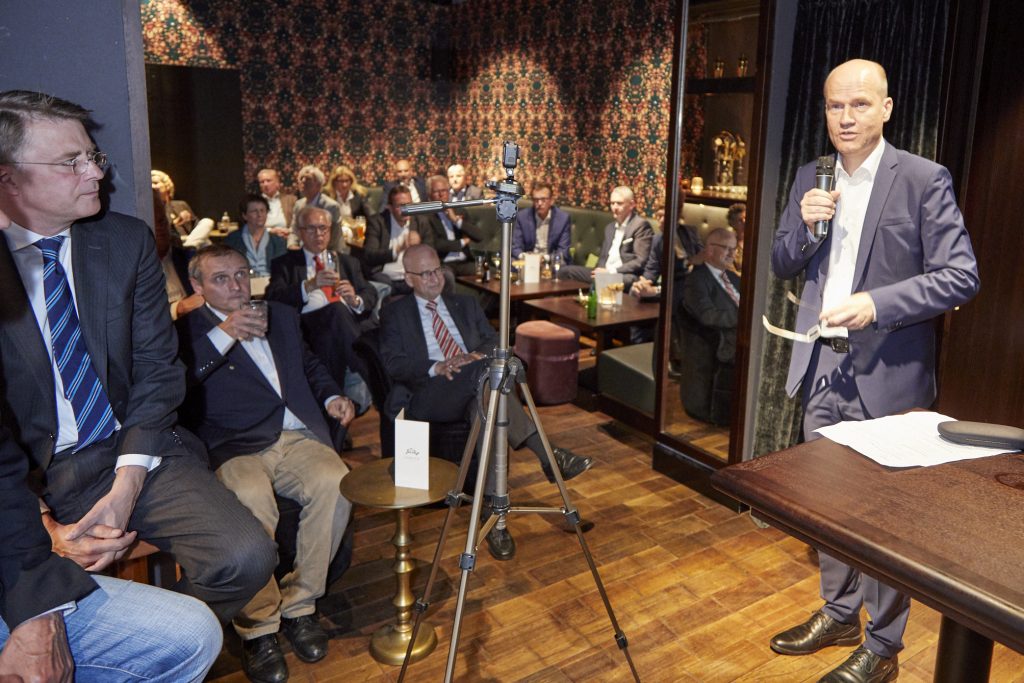 About the person Ralph Brinkhaus

Before his election to the Bundestag, Ralph Brinkhaus worked as an independent tax consultant in Gütersloh. His committed political career also began there when he joined the Junge Union and the CDU in 1994 and 1998. He has been a member of the German Bundestag since 2009. After various offices in politics and parliamentary work, the Rietberger-born was directly elected to the Bundestag from the Gütersloh district at the end of last year. In Berlin he now holds the office of chairman of the CDU/CSU parliamentary group in the Bundestag. Ralph Brinkhaus is married and is particularly committed to the youth. For example, he visited a day-care center for children as part of the nationwide "Day of the Little Researchers" event or invited a participant of the simulation game "Youth and Parliament" to visit the German Bundestag.