On average, people spend about 3.7 hours a day on their smartphones (FAZ. 2020). A life without social media has become seemingly impossible for many - in Germany, the number of active social media users is around 66 million. That is equivalent to almost four out of five Germans (WiWo, 2021). The influence of social media on our daily lives is more noticeable than ever before and we are experiencing a continuous change in the way we communicate. This also affects companies and their relationships with their stakeholders.

CSR communication, short for "Corporate Social Responsibility", is under particular scrutiny. Companies must manage to meet the requirements and expectations of employees, customers, the media and other stakeholders at the same time. In doing so, they must not only demonstrate transparency and integrity, but also communicate and verify their measures appropriately and credibly. Especially on fast-moving and popular social media channels, wrong behaviour can otherwise quickly lead to loss of reputation This includes, for example, greenwashing or whitewashing in the sense of embellishment.

„The thirst for information facilitated by social media asks for more ongoing and regular engagement in CSR and will expose business to a much more direct and visible scrutiny by the general public" (Crane and Matten, 2013).

Through global platforms such as Twitter & Co., more and more people have the opportunity to share their own opinions with others, join communities and express more or less constructive criticism. Consequently, the decisions of companies and the way they communicate CSR on social media are also exposed to a broad mass of opinions as well as potential criticism. Through real-time interaction and internet phenomena such as virality and cancel culture, this process can be accelerated enormously. An example of how a corporate positioning on social issues can go viral is the dispute between True Fruits and Edeka that took place on social media at the end of August. In light of the federal election, the smoothie producer printed a true-or-false game on the issues of the major parties on its bottles - including the AfD. Edeka took them back and supplied a juicy post at the same time. The reactions of the community ranged from strong praise to harsh criticism. It is unclear whether the action has a "winner"; both companies received attention.

It is clear, however, that this development on the one hand brings new challenges. On the other hand, it can also be seen as an opportunity, because: social networks represent - especially for CSR communication - an enormous potential to strengthen one's own reputation. This is often not being fully utilized yet. 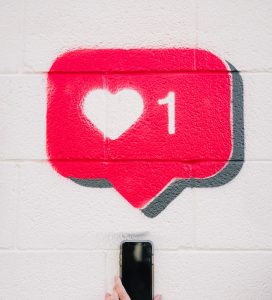 Although CSR communication on social media comes with potential risks, this should not result in any fear regarding its implementation - quite the opposite! If companies deal with these issues in depth and are prepared to actually apply the resulting steps, the use of social media is often viewed positively and even as a sign of voluntary transparency (Wagner et al., 2014). In addition, responsible CSR communication and successful communication on social media follow common basic principles: Transparency, dialogue and openness. It is therefore only logical that the two areas are becoming increasingly intertwined. What is important here is that companies understand their new role as an active part in stakeholder communication. Because the time of the monologue - of the company as a one-sided communicator - is long outdated. Thanks to the functionalities of social media, stakeholders today can become dialogue partners and thus actively influence work processes, for example.

For many areas of corporate communication, it makes sense to take stakeholder feedback seriously. Especially since internal and external communication are becoming increasingly blurred. If social media is used strategically in CSR communication, many advantages will come together: Long-term customer loyalty, improved employer branding, distinction from the competition or PR at a comparatively low cost.

CSR communication on social media – yes, but in the right way

But what exactly should you pay attention to when implementing this? The following tips can help you get started:

Anabel von Hein
Anabel von Hein is a working student at ORCA van Loon Communications and supports the consulting teams. She is studying Media and Information at HAW Hamburg and therefore specializes in the areas of digital & social media.